The Martinque wallpaper adorns the corridors and lounging areas of the hotel, designed for vanity and visibility “guests are entitled of everything regardless of the costs”. This is Hollywood

Pioneering in the development of Californian architecture: a focus on Spanish mission style but with pink stuccos instead of white. The main building of the Beverly hills hotel was designed by architect Elmer Grey—known for achieving harmony with nature by eliminating features not belonging to the local climate and conditions. Balconies, courtyards, bougainvillea-covered patios and arched breezeways were added to harness the beauty of California’s climate. Colors were selected with the same purpose. Peachy-pink and forrest-green are the hotel’s signatures, the combination was introduced in 1948 by architect Paul Williams, commissioned to add the Crescent Wing featuring the Beverly Hills signature. Only at the entry of the Hotel do they clash with the Hollywood red carpet and matching barriers. Elsewhere, they work harmoniously. Pink and Green chair-cushions and green-and-white striped booths make up most of the decor at the pool-side Cabana Cafe. They’re off-set by pillars and golden art-nouveau lights scattered across the ceiling. At the lobby, they’re featured on a hand-painted mural representing the curving streets of Beverly Hills. The hand-tufted wool carpets are kept neutral. ”The outside of the hotel is California Mission, and the inside is late Art Deco. There’s no common theme, but this is Hollywood”—said Howard Hirsch, senior partner at interior firm Hirsch Bedner Associates.

Before the city, there was a hotel. In 1900, American businessman and oil tycoon, Burton Green, bought a lima bean farm on the foothills of Santa Monica in hopes of striking oil. Instead, he found water wells. Green re-strategized, hired landscape architect, Wilbur D. Cook, and turned the land into a residential development, building mansions and streets such as Rodeo, Canon, Crescent, Carmelita, Elevados and Lomitas. Margaret Anderson and her son Stanley — formerly in charge of the Hollywood hotel — were asked to develop a luxury hotel in the area to attract wealthy buyers. An article published in the LA Times in 1911 reads; ”her guests are entitled of everything regardless of the costs”. Within two years it turned into prime real-estate — Mary Pickford and Douglas Fairbanks were one of the first to settle down, Charlie Chaplin and Gloria Swanson followed. The city of Beverly Hills was officially incorporated in 1914.

The Martinque—one of the most copied wallpapers in the world — adorns the corridors and lounging areas. It features large-scale banana leaves in overlapping shades of green, designed to give the sense of plants sprouting from the ground up. Botanical illustrator, Albert Stockdale, was commissioned to design it for the CW Stockwell company in 1941— the same year as tropicalia swept across the nation and Carmen Miranda captivated audiences with a tutti-frutti hat. It was brought into the hotel by costume designer-turned-interior decorator, Don Loper, the following year.

The wallpaper became a symbol of Hollywood glamour in the 1970s when Margaux Hemingway posed in front of it for Vogue. It made a cameo on Golden Girls in 1985 inside Blanche Deveraux’s bedroom. In 2004, on the silver screen: Howard Hughes (played by Leonardo DiCaprio) experienced a germaphobic attack in a Martinique-printed bathroom in The Aviator.

The Polo Lounge. It was established by Hernando Courtright — a vice president of Bank America who purchased the hotel in 1941. The name was chosen in honor of a celebrity band of polo players who toasted victories at the restaurant after matches in the bean fields. In the main dining room, large glass windows overlook a patio surrounded by greenery and bougainvillea draping over the exterior alcoves. Seating arrangements were designed with the purpose to see or be seen — booths are located in front of the entrance offering views of arriving guests. Secluded options exist as well. The polo lounge is steeped in stories of power-lunches and celebrities turned sartorial rule-breakers. It was here that Marlene Dietrich forced the establishment to abolish its ”no slacks for women” dress code, refusing to wear skirts. Hats have been allowed indoors since an unknown gentlemen—who turned out to be Steven Spielberg — was asked to remove his baseball cap in respect of decorum. Dutch apple pancakes and tortilla soup have been on the menu for decades. The latter is packed with grilled chicken, queso fresco, green onion, avocado and tortilla chips. The polo lounge does not resort to Californian food trends; if kale is found on the menu, it will be accompanied by strips of bacon or house-made mayonnaise.

White sand once bordered the pool, it was flown-in from Arizona. Today it is outlined by striped white-and-green sun-beds and custom parasols—solid on the outside, printed on the inside. Private cabanas exist as lounging options too, they follow the strict pink-and-green color palette as the rest of the establishment.  Amenities include sunglasses cleaning, suntan lotion and free mojito lollies, but it is the promise of visibility that counts the most. People come here in hopes of being discovered—actors, actresses, producers have been known for writing permanent guest pass into their contracts. At times, people would page themselves at the pool even if they weren’t there, so that the guests who were would hear their name being called.

Guests can choose between nine room categories—from guest-rooms and suites in the main-building to 23 stand-alone bungalows featuring private pools and grand pianos in the twelve-acre garden. The bungalows were first introduced in 1915 for families in search of privacy—the purpose remains the same but the clients changed when real-estate magnate Ben Silberstein acquired ownership in the 1950s. To this day, the hotel thrives on stories of romantic affairs and hedonism from days past; Elizabeth Taylor frequented the bungalows with six of her eight husbands—in 1964, she brought Richard Burton on a honeymoon at the hotel. Their standing room-service order included two bottles of vodka for breakfast and another two with lunch.  Howard Hughes lived in bungalow no.4 for thirty years, he requested roast beef sandwiches to be hung from a tree outside his door. Marilyn Monroe and Yves Montand began their love affair in bungalow 20 and 21 while filming Let’s Make Love. In the 1970s, John Lennon and Yoko Ono hid out in a bungalow for a week.

The hotel has been run as part of the Dorchester Collection, belonging to the Sultan of Brunei, since 1996. Bungalows are currently undergoing renovations, five of them will be inspired by the hotel’s iconic visitors, offering themed services and facilities. The Monroe bungalow references the actress’ favorite furniture designer Jean-Michel Frank — rounded seatings in beige and pastel pink, gold-leafed ceilings and a geometric carpet that takes up the whole living area. On-site services includes a champagne bubble bath experience and a Chanel no.5 fragrance bar. ”Every aspect of our restoration pays homage to our past,” said Edward Mady, hotel general manager and West Coast regional director for The Dorchester Collection, in an interview with the Hollywood Reporter.

In 2019, clients of the hotel, including Elton John, Ellen Degeneres and George Clooney boycotted the hotel after its owner implemented Shariah law in his kingdom—passing LGBT rights. It is a different Hollywood today, but we live in a generation of throwbacks. Today, The Beverly Hills Hotel remains what it has always been; an escapist fantasy fit for the white screen, or Instagram. 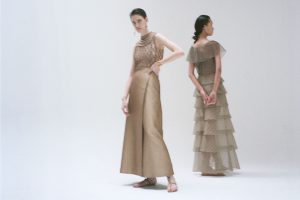 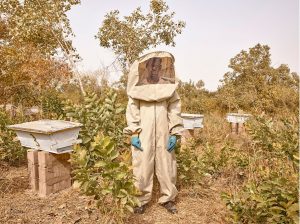 Michael Petryk – Reforesting in the wake of wildfires, hurricanes and pests 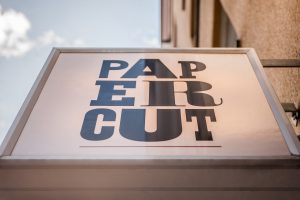