The Writer’s Block, Las Vegas. Are independent bookstores the future?

Any good bookseller knows their readers – not by following algorithms or the latest trends. In the era of Amazon independent bookstores are growing

Recently, The Writer’s Block Las Vegas moved to their new location: 519 S. Sixth Street. Its premises are inside a creative work and residential community space called Lucy, a project financed by the Rogers Foundation (a philanthropic association established in 2013 by Beverly and Jim Rogers—the latter of which was the owner of the southern Nevada branch of the television network NBC, before passing away in 2014—whose mission it is to support the arts and culture). The interiors of The Writer’s Block are decorated to look like an artificial bird sanctuary: plush birds of all kinds including pheasants, parrots, toucans, and penguins perch from the wooden branches and beams above, while the children’s corner is decorated with colorful kites, and chandeliers made to look like bird nests illuminate the coffee shop at the entrance. If the interiors of the bookstore are an homage to fantasy and creativity, the building’s exterior is quite minimalist: the structure is a simple mirrored cube.

When Scott Seeley and his partner Drew Cohen opened The Writer’s Block in 2014, there were no other independent bookstores in Las Vegas. Seeley had previously been involved in the literary scene of New York, and in 2014 had founded—with the help of writer Dave Eggers—the cultural non-profit organization 826NYC, based in Park Slope. Thanks to over 2000 volunteers, among them teachers, writers, and journalists, 826NYC offers students aged 6-18 both academic and after-school programs, as well as English-writing workshops, for free. After New York, Seeley moved with Cohen to Las Vegas and started what would become a landmark institution for book lovers in the city: The Writer’s Block, a concept store born, in part, due to the efforts to revitalize urban areas known as Downtown Project, a $350 million investment spearheaded by Zappos CEO Tony Hsieh.

Founded in January 2012, Downtown Project (now rebranded as DTP) is a «privately-funded, for-profit enterprise dedicated to helping revitalize part of downtown Las Vegas by investing in people and projects that share a vision of downtown as a hub for inspiration, entrepreneurial energy, creativity, innovation, prosperity, and discovery fueled by the ‘Three C’s’: collisions, co-learning, and connectedness.» In this regard, Cohen stated to the online publication Las Vegas Business Press, «we were ready for a change and we had mutual acquaintances at the Downtown Project who got us excited about what was happening in downtown Las Vegas. We were excited to be part of the downtown redevelopment.»

The bookstore—whose first headquarters were designed from top to bottom by Seeley himself—holds 18,000 volumes today. At the beginning, the pair had initially planned for a wide selection of all genres, but have since changed their strategy, which has brought success to the Writer’s Block. Cohen, in identifying his clients, describes a typical reader: a frequent visitor to independent bookstores, between 18-40 years old, and mostly female.

For years, Seeley had also worked at a jazz record shop in Connecticut—the kind of place where people met each other easily and mixed, where staff and clients would often mingle together. This experience led Seeley to believe in the success of a niche business like an independent bookstore early on. Here, clients discover unexpected titles in a selection that decidedly does not follow the logic of algorithms. Buying from independent bookstores means supporting small businesses. In 2018, sales have risen by 5% in over 2400 bookstores. Furthermore, the financial troubles of chains such as Barnes & Noble and Borders (spurred by the dominance of Amazon and the expansion of mass distribution, not to mention the increase in the production of books, despite the decrease in readers, as well as the rising cost of commercial rent, transportation, and delivery) have contributed to the spread of these niche bookstores.

Not just a bookstore

With memories of New York in mind, Seeley and Cohen have decided to replicate the 826NYC model on a smaller scale, creating a study area called The Codex inside of The Writer’s Block: a space that hosts workshops and creative writing courses, mostly aimed at students ages 5-18. Although activities at The Codex do not generate profit, the other spaces do, attracting clientele. After browsing for books, customers can relax at the bookstore’s coffee shop, which sells its own line of The Writer’s Block products including candy, t-shirts, and souvenirs.

Inside The Writer’s Block Las Vegas, there is even a section where you can make books by hand, complete with equipment on the workbench and a printing press. Beyond cementing the love of their readers, initiatives such as these, along with their periodically organized reading and book clubs, are part of Seeley and Cohen’s vision for creating a new model for the independent bookstore. «How do you survive as an independent bookstore? By creating a kind of themed environment and offering a product that is not a book.» Global access to clean water can be achieved by 2030 – what’s the status now? 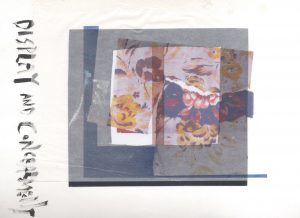 Angostura – I’m not a fashion designer